Showing posts from August, 2016
Show all

The Work of Bradbury Wilkinson in Printing Nigerian Stamps

The Work of Waterlow and Sons In Producing Nigeria's Stamps 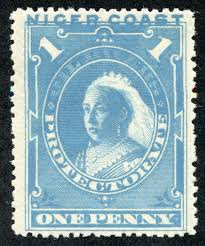 August 15, 2016
Understanding the work of the firms that printed Nigeria' postage stamps is absolutely critical if you want to be able to study and understand the country's stamps. Each of these firms used their own papers, their own inks and their own gums, as well as their own printing processes. These things evolved over time as well and understanding precisely how this happened and how the characteristics of paper, ink and gum changed over time is one of the cornerstones of British Commonwealth Philately in general.

While there were a couple of firms in Israel and Portugal who printed a few of the issues of Biafra and some commemorative sets issued between 1963 and 1965, these comprise only a very small number of Nigeria's stamps. So we can ignore them for the purposes of this discussion, since familiarity with their work is only essential to understanding the specific issues that they produced, rather than Nigerian philately as a whole. By and large, nearly all stamps issued for Nig…
Post a Comment
Read more

August 07, 2016
Nigerian philately can be divided into three broad areas, each of which can be further subdivided into smaller areas. Philatellically speaking, the issues of Nigeria can be relatively complex to a budding specialist, although they can also be made as simple as you wish.

At the broadest level, the country can be broken down as follows:

August 04, 2016
I originally created this blog more than five years ago as a project to document as much information as I could about Nigerian stamps and postal history because this was my chosen field of collecting. However, after several false starts the blog kind of died. Part of the reason was that my marriage of 12 years fell apart, but the main reason was that in rebuilding my life, I decided to make an complete change of direction and left my profession of public accounting to become a full time stamp dealer - something I have dreamed of doing my whole life.

So for most of the past two years I have been focused on building my business. My primary are of Specialty has been Canada, so nearly all my time has been spent writing articles for my other blog dealing with Canadian philately. Consequently, I was not working much with my Nigerian stamps, which made writing articles difficult.

However, last week I had to count inventory for our fiscal year end and that brought me back in contact with my …
Post a Comment
Read more
More posts